Today is my handsome husband’s birthday and so today’s post is all about his birthdays passed. Tom doesn’t care about his own birthday nor does he care about his age. I have to remind him frequently exactly how old he is. Years ago we argued about it. He was confident he was 33 but I knew he was 34 but using the year he was born and basic math was not enough to prove my point. He had to call his mother to settle the issue. Sorry stud, math it math and you just lost a year.

Because Tom has never really been a big birthday guy, celebrating is not necessary to him. I on the other hand, feel strongly that every single birthday is a big deal and deserves a proper celebration. My birthdays have always been and always will be month long fiascos. Maybe it’s only-child syndrome. Every year I’ve tried to make Tom’s birthday special and though he could do without, I know he appreciates it.
Early on in our relationship we were all about them Yankees (we still are but football has my heart) and went to a lot of games. He taught me all about Yankee history and why we hate the Red Sox. I actually learned to loathe them before I met Tom. They played the Rockies in the 2007 World Series and being from Colorado I represented my home state and rocked (ha! Pun intended) a purple CR hat around Manhattan. It turns out there are way more Red Sox fans in NYC than there are Rockies fans and those turds were mean to me, like really mean. At the time I was waiting tables and one group of Bostonians left me zero tip and wrote on the receipt “Rockies Suck”. Classy.

Anyways, back to the point! For one of Tom’s birthdays I surprised him with tickets to the whole Yankee/Red Sox series happening on his birthday weekend. I had even planned for three of his really close college buddies to be at the stadium to surprise him for the last game. The first game though was my favorite. Like I said, I had learned to not love Boston and someone had given me a shirt that says “Boston Sucks”. I wore it proudly and marched my way right up to the ticket line. Well it turns out that the on-going rivalry between NY and Boston creates a lot of problems at the stadium and my sassy shirt was not allowed. Seriously though, who would have started something with me!? Have you seen my man!? Full of attitude and a little vodka I took my shirt off right there in the line of people, flipped it inside out and stomped right into the old Yankee Stadium. Tom and the ticket guy stood stunned, not sure what to say or do. The Yankees won the series, an extra gift for Tom on his birthday weekend.

Over the years I’ve tried to be creative with my gift giving but I set the bar too high about three years into the relationship. I had a girlfriend of mine help me put together a sexy(PG rated) calendar. Strangely enough, of all the photos modeling lacy unmentionables, his favorite was a very modest photo of me holding a golf club. This year, Tom is getting this blog post and underwear. Keeping that romance alive! 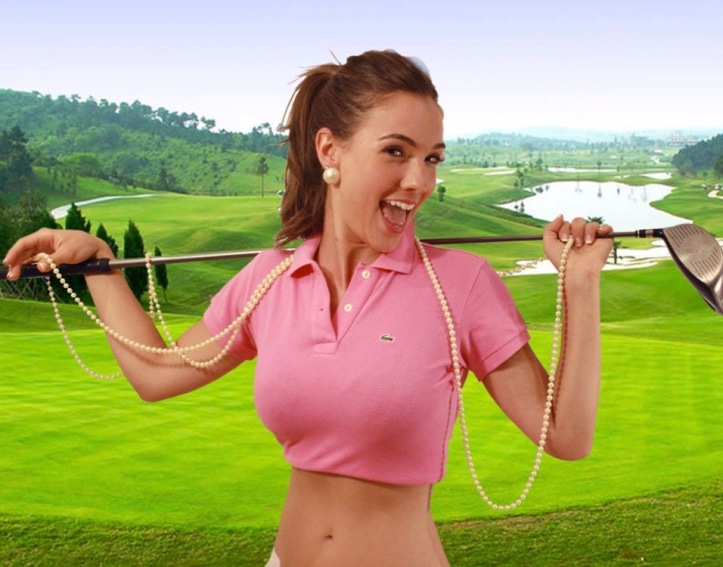 For his 40th he knew I would try to plan a surprise and so he gave a stern lecture about how he would feel bad having people commute into the city for his birthday and he did not want it. So I promised not to throw him a surprise party….in the city. I had him convinced we were going to Foxwoods in Connecticut for the weekend with his sister and her husband. As we pulled into the driveway of their house, he thought we were just picking them up on the way to Foxwoods, he was greeted by about 50 of his close friends and family. They came from New Jersey, Long Island, Massachusetts and Manhattan to celebrate this special man. With an amazing combination of firemen, college buddies, family and friends, he was surrounded by people who love him and were stoked to be there on his day.

My husband is a good man, the kind that deserves to be celebrated even if he doesn’t think so. Like a glass of fine wine, he just keeps getting better in age and I’m so lucky to be his wife. Happy birthday you amazing happy soul! I love you so much and look forward to many more ways to celebrate you!