‘Twas The Night Before Thanksgiving… a Drunk Tale.

‘‘Twas the night before Thanksgiving and all through the city, Amy and Jessica kept their tradition of getting drunk and giddy. Alright so it’s a rhyming stretch but the statement is true. Tomorrow is Thanksgiving so tonight Amy Clockwood and I have plans to meet up and make some memories on our 9th annual Inflation Night! Every year on the eve of Thanksgiving, the inflation of the Macy’s Thanksgiving day parade is a big to do. They line the streets of the beautiful upper west side and spectators can walk by as if at a giant balloon museum.
If you’ve met Amy you know that there are not enough words to describe how amazing her personality is. I first met Amy in August of 2008. We were working together at The New York Kids Club and I knew right from the first moment that she was someone I wanted in my life. Amy is the type of person everyone should have in their life. She’s high energy, unusually optimistic and has a way of making everyone around her feel happy, sometimes through her special talent of cheers and on-the-spot song lyrics.

On November 29, 2008 Amy and I, newly friends, decided to grab a few drinks and go see the balloons together. We met up on the upper west side at a small bar and toasted to the next 4 days off from work. I vaguely remember a friend of my high school boyfriend and his friend (mystery girl pictured below) being there as well. After the cocktails went down and we were feeling fine, we headed out to see the balloons. We walked along Central Park West, singing, talking to strangers and just having an overall great time! Along the way we met Howie, an electrician hired to manually rotate the street lights that aligned the parade route so that the balloons would not get caught. Howie told us we were beautiful and his coworkers thought it was funny that we told him he was too old for us. Two girls without filters when sober are big time trouble when not. Luckily Howie thought it was amusing and wished us a happy holiday. And on we went to the balloons. We were on a mission! I’m sure what felt like 10 minutes took us an hour as we stopped to chat with anyone interested in our banter. We came across a man dressed as Santa charging money to take a picture with him. Amy and I (and the mystery friend) strategically placed ourselves right in front, snapped a photo and ran away! Very stealthy.

By the time we made to the entrance of the balloon strip we were surprised to find it was already after 11:00pm and the balloon display was closed. What!? It’s New York City! Nothing closes ever! Our temporary disappointment lead to us posing with a party balloon (our closest thing to the parade balloons) and a cab ride to the Lower East Side. We found ourselves at the Continental; a dive bar that sells (sold at the time) 5 shots of anything for $10. As you may guess, that’s where my memories of the night end. 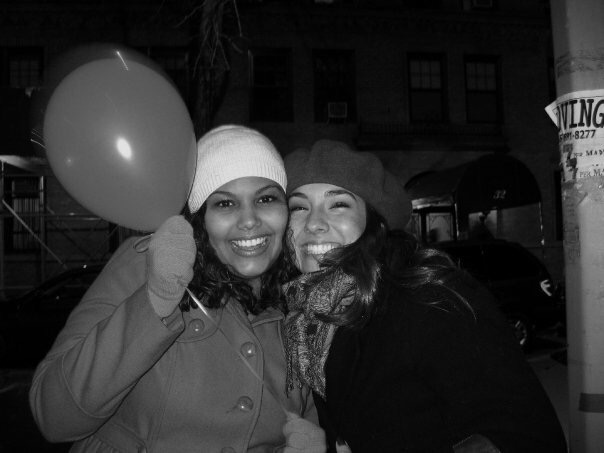 So our first annual Balloon Inflation night lacked parade balloons but made for some great memories and a fun time.
It wasn’t until our 3rd year that we ACTUALLY saw the balloons. Our second year involved the same amount of alcohol just sans Santa, mystery friends and Howie the electrician. Year 3 we wised up and decided to go to the balloons BEFORE the bar. Ironically the whole experience of was horrible. They filter you into the baracaded streets and once you’re in there’s only one way out; through the crowds of families and tourists. You’d think it’d be cool to get a close up of the stars of the worlds most famous parade but they’re all tied down to the ground, you can’t even see them. To top off the misery of feeling like cattle, Amy had to pee and the process was slow going. In true Amy fashion, she managed to sweet talk a police officer into letting her use their private port-a-potty. We would later tell two police officers that they were definitely one of New York’s finest (winks and all) and then snap a photo while wearing their hats. 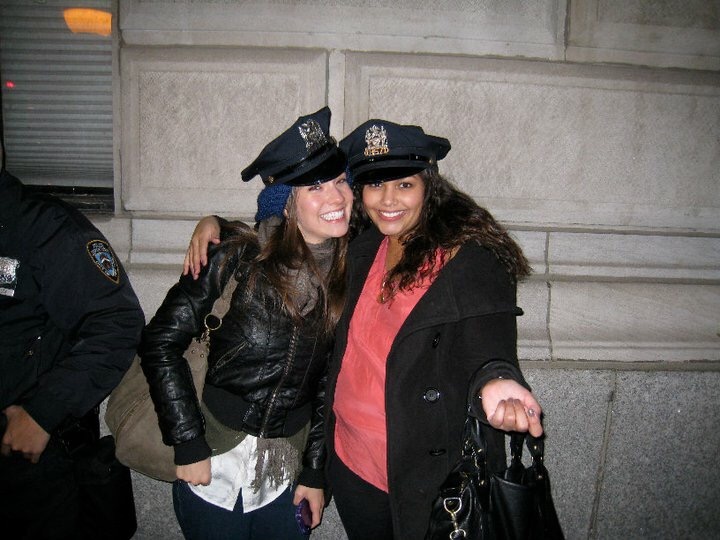 It had been two years since our first Upper West Side silliness and we were reminiscing about our boyfriend Howie the electrician. Out of pure goofiness we yelled in over-the-top desperate voices while skipping down the street “Howie! Where are you!? Howie!?” We thought it was hilarious until we heard “yes?” Holy shit! It was Howie! He was up in the bucket moving lights just like before and the best part is, he remembered us! Unfortunately that was the last time we ever saw him.

Over the years Amy and I have made it a point to get together on the eve of Thanksgiving, yes because it’s become our tradition but also as a declaration of our friendship. Each year we do something different. Sometimes we have a large group, sometimes just the two of us. Some years are mellow, some years result in getting pulled out of a cab by the driver so no vomit gets on his seats. (Sorry Mom and dad) We’ve been through a lot since our first Inflation night. We’ve worked three jobs together, lived in different states and seen each other walk down the aisle, among other huge life milestones. Amy has become one of the most important people in my life and I am so excited that she is here tonight, from Austin, to keep our tradition alive. I know our lives and the way things go may make it difficult to sustain this night every year and our lives will change but some things I know for sure will stay the same; Amy will always be a valuable light in my life, the parade balloons will always be lame, and Howie the electrician can be found somewhere on Central Park West on the Eve of every Thanksgiving. 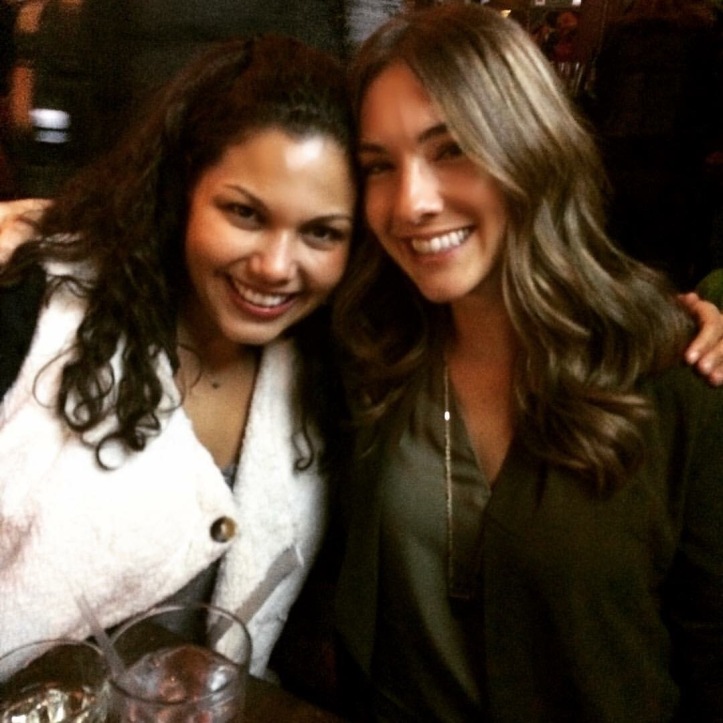