I did my biannual closet clean out today. Every spring and every fall, I swap my bottom rack in my closet for the clothes hanging on top, a rod I installed myself, based on the season and temperatures we’re about to be stuck with for the next 4-6 months. Today, instead of my usual swap, I took my bulky sweaters right off the rod, hanger in place and folded them nicely in half and put them all in boxes. Why not? We move in three months and I don’t think my down coat will be necessary again until we are happily settled into our new home. It better not anyways. I’m finally trusting that these warmer temperatures are here to stay and I’m ready for less clothing and sun kissed shoulders. With my seasonal closet swap, comes the clean out. With every article of clothing in there, I ask myself when the last time was that I wore it and if the answer is not since last year, I put it n the goodwill bag, also known as the hand-me-down bag I send to Meghan first. 90% of my old clothes are Meg’s current clothes. Because she hates shopping, isn’t picky, and I feel less wasteful disposing of shirts only worn once, it’s a win win. Today was the biggest clean-out I’ve ever done. Not only did I ask myself when the last time was that I wore any of these articles, I asked myself if I really needed them once we moved. The answer is usually no but some things hold sentimental value and thus become added to the piles of things we just really don’t need. Of the pile soon to be hung in Meg’s closet was a dress I’ve had for 10 years. Never did I think I would dedicate a blog to a dress but when I tell you about some of the adventures this dress took me on, you’ll understand. It’s a dress so special it has a name of it’s own; the Barbie Dress.

I bought it at a small boutique shop that used to be on 92nd Street and 3rd avenue, now a sushi spot. The shop had very trendy stuff, slightly over priced and yet I felt very cool wearing anything from there. Nothing from that store held any fashionable value beyond one year but I loved it all the same. My friend Katie was to be married at the end of the summer 2008 and I needed a pink dress for the bachelorette party, her requirements, not mine. My boutique spot had just the dress for a night of penis straws and lemon drop shots. It was strapless, frilly and way too short for my thicker than average booty. Perfection! 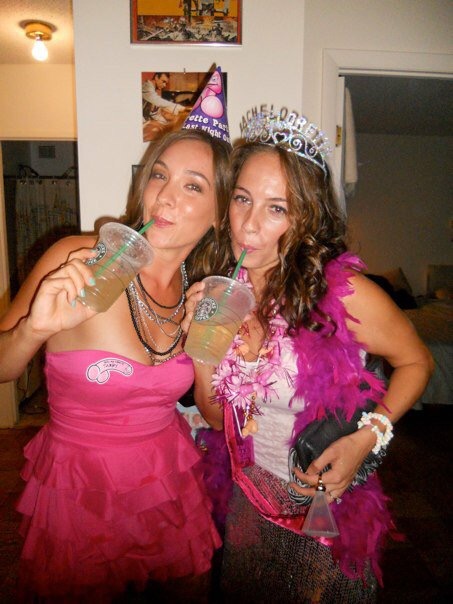 That was the first adventure Barbie and I went on. My first ever bachelorette party. All us chicas were dressed in pink and yelled “she’s getting married!” as we sauntered down the streets of Chelsea drinking white wine from Starbucks cups. It was all the fun a 22 year old could ask for on a warm August night.

The second adventure was the New York Kids Club springtime staff party. The company had rented a booze cruise to sail us around Manhattan right around sunset. It was going to be the first time I saw my beautiful city from that perspective and I had to dress the part. Amy, also an employee at the NYKC met me at my place on the Upper East Side and we got ready together. We met up with a few other coworkers to take the train down to the docks. Just as the train came into the station, the doors opened and by some perfectly timed stroke of bad luck, my bag with wallet and phone inside fell right through the gap, right between the train and the platform. You know, the gap they always tell you to watch out for. Without my ID I wouldn’t be allowed on the boat and without my phone, how could I text my Fireman? This was long before instagram and memes. We didn’t get on that train and held our breath as it pulled away, hoping my phone wasn’t crushed. There it sat, perfectly unharmed. We did exactly what you’re supposed to do when something falls on the tracks. We went to the subway attendant for help. She assured us that someone would be there to help in 40-60 minutes, just in time for our boat to leave without us. We waited for the next train to arrive but not so that we could board, so that I knew I had ample amount of time between this train and the one after. I wasn’t missing this party and I wasn’t leaving my stuff behind. The train pulled out of the station and with zero hesitation, I jumped right on to those tracks, pink mini dress and all. I had no idea how deep this tracks really were until I was already down there. The only way back up without getting my dress all dirty was to full split, placing one foot on the edge of the platform, right around face level and Amy and one other friend pulled me up. My great purse rescue took less than 20 seconds but the adrenaline lingered well into the party. Much later that night, after my beautiful boat party, I met up with Tom who had been out with his own friends and we went for late night pizza. While waiting for our slices to be warmed, two guys approached me and told me that they had seen me on the tracks hours prior. I laughed and asked how they remembered what I looked like. They didn’t remember my face, they remembered the dress.

I wore Barbie to many nights out that year when simple jeans and a flowy shirt would have sufficed; see previous blog “Of All the Places in NYC…” The last time I wore her was at my own bachelorette party. That weekend is a story of it’s own but I will explain to you why at age 27, I still wore my pink mini. We started our weekend off hanging out in the house we had rented and I wanted to have a lip-sync battle. The participants were to be judged on both their skills and their presentation, costume included. I had planned to sing “Popular” from Wicked and Barbie was the perfect Glinda dress. I lip sang my heart out so hard my chest popped right out the top, causing everyone to laugh so hard tears streamed down their cheeks. Amy and Meg chose to sing “Take Me or Leave Me” from Rent but instead of singing to each other, they sang to me, sitting in a chair right between them. They explained their song choice and said it was for me because in all the years we had been friends, I’ve been that type of person. The kind who is who she is. Take me as I am or leave. As I write this post I think of how symbolic my Barbie dress was to their point.

That dress was ridiculous from the first day I wore it to today when I finally decided to let it go. I knew it was ridiculous. I knew it was bright and turned heads and I didn’t care. It made me feel good and most importantly it brought me these memories. As I pulled it out of the closet today, I snapped a picture and sent it to Amy and Meghan, letting them know I had decided to say my final goodbye. Amy teased me and paid a brief tribute to the night of my rebellious James Bond moment with the subway tracks. Meghan commented that this meant I was officially an adult. I don’t know if thats true. I think parts of me have been adulating for several years and parts of me still have a long way to go. However you look at it, Barbie and I made some great memories. I know she won’t make Meghan’s closet, not quite her style. It is my hope that a young girl with a New York City story yet to be told finds Barbie in the Goodwill and makes memories of her own. But perhaps Barbie’s days, like mine here in Manhattan, have come to an end. She and I had a good run. Good bye Barbie, thank you for the courage, thank you for the feelings and thank you for these memories. 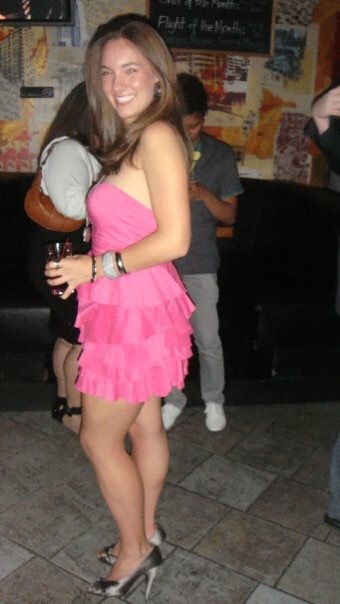